On the Wrong Side of a Knife: Staying Fearless and Present in the Face of Danger 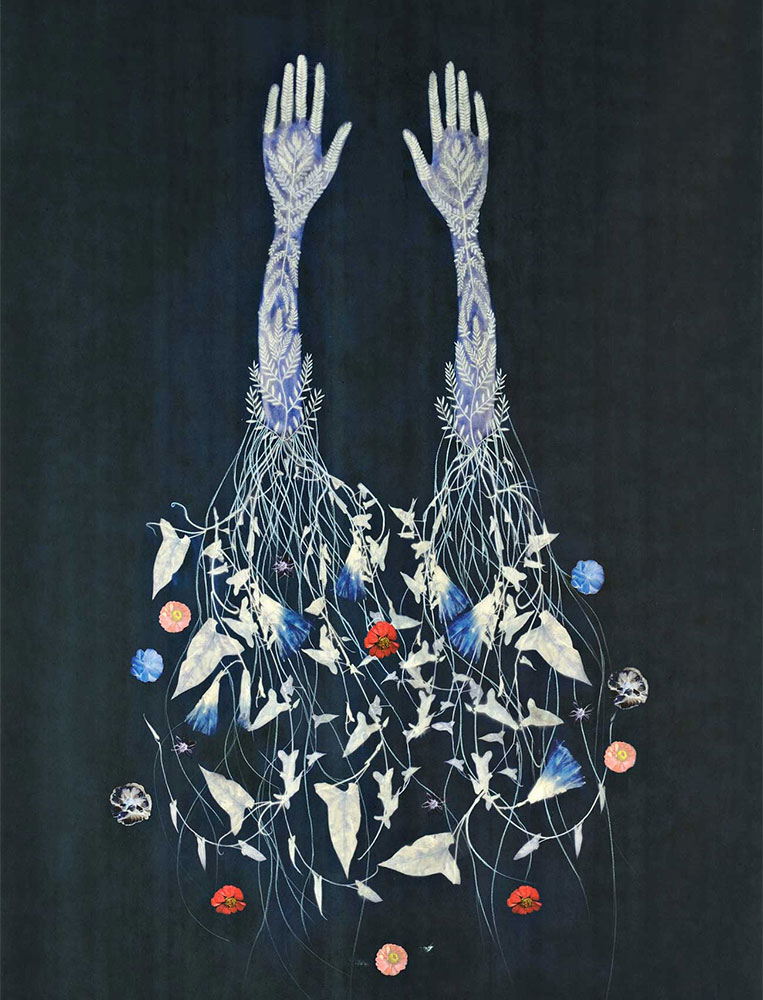 A couple of weeks ago, craving some solitude and union with nature, I went for a walk in the deep fog and soft drizzle that had been ongoing for days in Northern California.

The streets were fairly quiet, save some folks with dogs, and my walk was slow enough to savor the lush aromas of wet grass, flowers and trees opened by the moist air. The grey felt floaty and my mood reflective as I meandered around the streets slowly and deliberately.

Just two blocks from my home, as I continued in quiet contemplation and cadence, a young man approached me. As is my way, I greeted him with a direct gaze and slight smile, until he got closer when I looked down so as not to be intrusive into his privacy. My years of living in New York City cultivated this habit – be very aware of where you are and who is around you, and also, allow the anonymity that most people enjoy in crowded cities to not be encroached upon or challenged in any way.

My gaze however went abruptly from the sidewalk to his two feet, which were directly in front of mine, then up to his eyes, demanding I take heed.

“Give it up,” he said and I heard a click. I glanced down, and a switchblade was aimed at my belly. With genuine surprise replied, “What do you mean?”  He re-instated his demand, this time in a much more demanding tone and then I knew exactly what he meant. I stood very still, my gaze calmly on his face while simultaneously turning my inward awareness to my feet, then to my heartbeat, which was normal, and then to my belly. This scan was fast, and thorough. I was very aware of the danger I was in and very aware of being calm inside of it.

The young man proceeded to pat me down. When coming up with nothing I said “I don’t even have a phone” he then lifted my raincoat and felt my jeans pockets. As I have trained myself to do, I maintained keen awareness of my body and felt the addition of the surreal – like – dream – like quality of these passing seconds. He dropped my jacket and then, just walked away. Just like that. And so, so did I.

My pace was just as slow as it had been before. I took about 6 steps before I thought I should turn around and make sure that he wasn’t behind me about to stab me in the back. He had gotten to the end of the block, and turned the corner, disappearing from my view. I kept walking towards home until I saw a man on a bike and asked him if he had a phone to call the police. The man had no phone, and as I told him what had just happened, my heart started to pound. He then recalled a story of when he was mugged.  As soon as we both laughed about how bizarre these experiences were, my heart relaxed and I continued home.

After reporting the incident to the police, I sat still to feel around for the resonance of the experience in my body. Everything has a resonance, whether we are aware of it or not – and trauma especially can bury quickly in the body. Was there trauma in my body now? I could find none. I felt fine, I was calm, I was safe – dry and unharmed, and I was most of all grateful. As strongly and concurrently, I felt incredibly sad for the young man whom for whatever causes and conditions was brought to the point of threatening someone with a knife to get something. How badly I felt for him, how happy to be alive I was and these two thoughts and feelings swirled together in my heart and mind for a while as I sat there just being in the blend of them both.

The experience was not pleasant to say the least, but I had a choice about how many times I would replay it, and how much I would add to it, or not. I deliberately decided to let the experience be consciously replayed a few times, then let it go. I know very well how adding a story to a story makes a bigger story and a deeper imprint. My practice has served me well, especially in this regard.

I am reminded of this beautiful teaching by Kosho Uchiyama Roshi suggesting that we “open the hand of thought”. By opening the hand, we let go of whatever was in its grip, and refrain from gripping something new. It’s a gracious and wonderfully somatic practice of being spacious and not holding on to a fixed view.

Choosing what to focus on, let go of, linger with, indulge in, turn away from, enhance, or re-iterate are attributes of an insightful meditation practice, a life long one at that. Experiences of all kinds are fodder for opening, staying wide in eye, and soft in heart if held in that way – may the hand of thought and heart remain ready for all that it might contact and be safe in the connection.

About the Author: admin