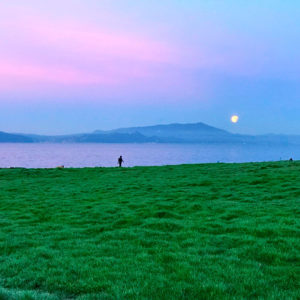 There’s so much going on right now (as I know you are well aware of), that it’s hard to know exactly what we can do to help someone, some cause or even ourselves. What do we contribute time, energy and/or attention to, and in what ways would help most – how do we even begin?

I’ve been emphasizing in my own mind things that I can do, rather than can’t do, which is has helped me a lot. Everything we can do counts, everything adds up.

Another way to start taking some type of kind action is by paying attention to and being purposeful with intention. Reflecting on and choosing our intentions are the matchsticks that eventually turn into something happening. Thoughts, feelings, words, actions can begin with or, even be ended by, intentional thoughts. And as part of a mindfulness practice – we will notice when we forget them and we can return to them knowingly.

Ideas grow out of intentions. Rolling intentions around in the mind by repeating, focusing and/or reflecting on them – creates movement in the mind and ideas can sprout from there. If an intention is for instance, to be of service it can give birth to ideas around how. We can all make our ideas happen, if we believe in them, add a little gumption, or even a little irreverence. Being irreverent can create action because it can hold the attitude of ‘why not’? Or, ‘who says this can’t work’? Sometimes an impish attitude can embolden.

Ideas then, can give rise to action. Having an idea of what to do, how to do it, or even who to check in with to discuss can result in action being taken. Intention turns into an idea from being just in the heart to becoming alive in the material world. Especially when coming from goodness, and a non – harming, clear seeing and lightening rather than burdening direction, ideas can turn into helpful actions and hopefully of benefit to others in the world.

About the Author: admin